Finally, we will be “together for all” again this year 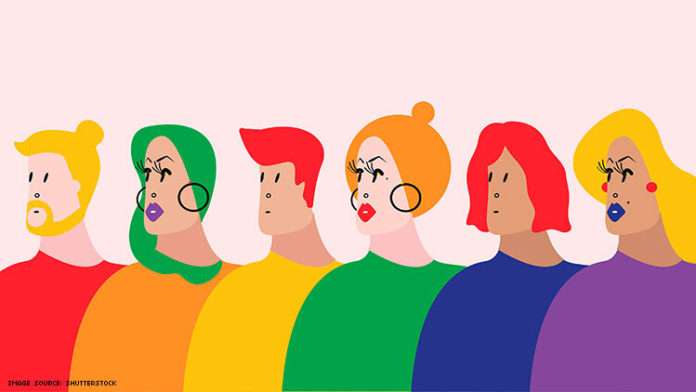 The Montréal Pride Festival, presented by TD in collaboration with Casino de Montréal, officially unveiled today the festivities of the French-speaking world’s largest gathering of sexually and gender-diverse people as well as the top ten demands Montréal Pride is advocating for in 2022.

Representative of our Communities
“The Montréal Pride Festival is finally back in all of its exuberance, vitality and beauty! After difficult times, our communities need to come together more than ever to celebrate,” said Simon Gamache, Executive Director of Montréal Pride. “Inclusive, committed and ambitious, Montréal Pride aspires to always be more representative of the diversity of the 2SLGBTQIA+ communities. We are thrilled that close to 200 organizations will be participating in the Community Days on August 5 and 6 in the Village,” he added. “Also, dozens of projects for and by the communities will be happening all over Montréal, culminating in the return of the iconic Pride Parade, presented by Air Canada, on August 7, a powerful moment of celebration, commemoration and advocacy for our communities. It is an invitation to everyone to join us on René-Lévesque Boulevard, between Metcalfe and Alexandre-DeSève streets, to celebrate with us.”

As a Prelude to the Festival, Rapture, a Creation by Dave St-Pierre and a Collective of Artists
A few days prior to the 24th International AIDS Conference, taking place July 29 to August 2, Montréal Pride is setting the stage for reflection by presenting a new choreographic work by Dave St-Pierre and a collective of artists. He will be looking back on the AIDS crisis of the 80s to “update this story… and realize that very little has changed,” said the artist. Rapture, presented by Gilead, is an atypical contemporary dance work that addresses societal hostility towards members of the 2SLGBTQIA+ communities and people living with HIV/AIDS. “It is an imperfect, raw and savage presentation, an image of equally imperfect, raw and savage times,” states Dave St-Pierre. July 27 to August 6 at Le Monastère. Tickets on sale at lepointdevente.com

A Festival Reaching Out and Bringing Together
“The Montréal Pride Festival promises to bring together an ever wider and more diverse audience with an array of exceptional artists,” said Chris Ngabonziza, Director of Programming. Nine large-scale shows will be presented free of charge during the week on the Esplanade of the Olympic Park:

The Opening Show: Legend in the Making

The opening show on Wednesday, August 3 at 7 p.m. promises to be memorable. It will bring together on the TD stage the phenomenal Congolese-born Montréal DJ and songwriter Pierre Kwenders, the legendary Diane Dufresne, the first Quebec artist to fill the Olympic Stadium with her Magie Rose concert in 1984, Les femmes au tambour de Wendake and the Montreal Kiki Ballroom Alliance.

Drag Superstars – The Largest and Most Spectacular Free Drag Show in the Country!
“The return of Drag Superstars has long been awaited. We are very proud to have been able to bring together 18 artists from Canada, the United States, France and the United Kingdom,” says Chris Ngabonziza.  These artists, most of whom participated in RuPaul’s Drag Race and Queen of the Universe franchises, will be joining local drag performers. Rita Baga, proclaimed Montréal’s Queen of Drag on numerous occasions, will host this colorful show on Thursday, August 4th at 8 p.m., on the TD stage.

ImmiX – An Unexpected Musical Mosaic Presented by La Presse
“This very festive show on Friday, August 5 at 8 p.m., will offer up a cast of artists from horizons so different that one would not expect them to be sharing the same stage,” explains Chris Ngabonziza. The TD stage will thus be ablaze with performances by Coeur de Pirate, Corneille, Dominique Fils-Aimé, Patsy Gallant, Léolo, Redgee, Teiki, Alaclair Ensemble, Antoniya, Mehdi Bahmad, Dope gng and Strange Froots.

Xcellence – Spotlight on Local Artists
Also on Friday, August 5th at 4 p.m., the Xcellence show, presented by Trojan, on the Casino de Montréal stage is a celebration of queer and/or trans people of color with performances until 11 p.m. by a fantastic variety of local artists, including Digital Polyglot, la FHomme, DJ KidCrayola, Molygum, Tonton Saucier, Syana Barbara and Djipoune.

FeminiX – By and For Women of the Diversity
FeminiX, presented by Fido, on Saturday, August 6 at 4 p.m. on the Casino de Montréal stage, will feature only women of the diversity with vibrant, surprising and danceable performances. This wonderful musical cocktail of pop to rap and indie to disco, will be served up by Ariane Moffatt, Sarahmée, Laura Niquay, Calamine, DJ Kris Tin and DJ Sam until 11 p.m.

Mundo Disko – A Tribute Edition for Legendary DJ Robert Ouimet
A dance party tribute to the late Montrealer Robert Ouimet, one of the most influential DJs in Quebec history who greatly contributed to the popularity of disco music! A regular of the Montréal Pride festival, Robert, who passed away last April, shared his passion and talent with the 2SLGBTQIA+ communities on several occasions. At the decks of the Mundo Disko event on Sunday, August 7, starting at 3 p.m. on the Casino stage, will be DJ Michel Simard, DJ B’Ugo, Charles Poulin, Lost Heroes, along with VJ Boycott.

The Return of the T-Dance and a Spectacular Closing Show
After the Pride Parade of Sunday, August 7, the TD stage will be taken over by the renowned DJ Karaba and DJ Juan Niño, as well as the trio of high heel dancers TrinXX,from 2 p.m. to 7 p.m. Then, it will be Brazilian singer-songwriter and drag queen superstar Pabllo Vittar’s turn to seize center stage.

The Pride Festival as a Voice for the 2SLGBTQIA+ Communities
For Moe Hamandi, Board President of Montréal Pride, the festival provides an annual platform for the sexually and gender diverse communities to make their demands heard. “This is a great opportunity to mobilize and take advantage of our visibility to update and reiterate our demands,” says Moe Hamandi. “Montréal Pride also voices its solidarity with the struggles of the Indigenous Peoples. We recognize our role in the injustices suffered and are working to become better allies,” they add.

Ten Demands of the 2SLGBTQIA+ Communities
In solidarity with sister member organizations of the Conseil Québécois LGBT, Montréal Pride is advocating for adequate funding and spaces for 2SLGBTQIA+ community organizations, the public recognition of systemic racism and a commitment to fight discrimination. In terms of health care, we are calling for free gender affirming surgery and care, a ban on surgeries without consent on intersex persons as well as free HIV/AIDS care. In education, we are demanding funding for education on positive sexuality. For 2SLGBTQIA+ seniors, we seek measures to break their isolation and promote their well-being.  Finally, on the legal front, Montréal Pride is calling for the decriminalization of HIV non-disclosure, of drug use and of sex work.

Four Grand Marshals
In keeping with the tradition of Pride events around the world, Montréal Pride is announcing the four Grand Marshals of its 2022 edition. Through their commitment, talent and hard work, these individuals inspire and help improve the lives of 2SLGBTQIA+ people.

We wish to thank Dignity Network Canada and the Canadian Union of Public Employees (CUPE) for generously supporting the presence of Joseph Messinga Ngonka and Midnight Poonkasetwattana.

A First in Québec: Order an Angelot Accreditation
The Montréal Pride Festival also announced that it is the first festival in Quebec to be accredited Order an Angelot thanks to the financial support from the Gouvernement du Québec and the support of the Social Collective, the organization behind the project. Order an Angelot is a protocol that aims to prevent sexual violence in bars and festive or social events. Anyone who fears for their safety or the safety of another person can ask for help without having to justify themselves to an attendant wearing a button with the initiative’s logo on the festival’s main site. Just Order an angelot and you will be taken care of safely. commandeunangelot.com

Safer Spaces
Several 2SLGBTQIA+ community organizations will also be providing festival goers with safe and secure spaces. These areas are calm locations, away from the crowd, where people can go to decompress, to assemble and benefit, if need be, from active listening services offered by attendants from the communities.

Montréal Pride To Deploy its Activities Between the Olympic Park, Downtown and The Village
Most of the large-scale activities of the 2022 edition of the festival will take place at the Esplanade of the Olympic Park, the new main site where the TD and Casino de Montréal stages will be set up. Other sites where cultural and community activities will take place in downtown Montréal and in the Village include Jardins Gamelin, Place du Village, Le Monastère, Ste-Catherine Street and, for the Pride Parade, René-Lévesque Boulevard between Metcalfe and Alexandre DeSève streets.  Exhibitions and activities will also take place at the Phi Centre, Olympia Theatre, Espace Langlois, LGBTQ Community Centre, Bain Mathieu, La Sala Rosa and many others. The four free conferences on the program will be held at the Hyatt Place Montreal hotel, gateway to the Village.

About Montréal Pride
Since 2007, at the initiative of Montréal’s 2SLGBTQIA+ communities, the Montréal Pride festival has been promoting their rights and celebrating their cultural richness and social progress. This largest gathering of people of sexual and gender diversity in the French-speaking world, works locally on a daily basis and serves as a beacon of hope for people living in areas hostile to our communities.